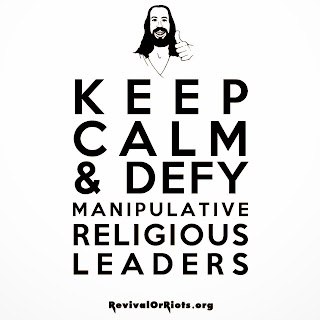 Joe Navarro, M.A. is 25 year veteran of the FBI and is the author of What Every Body is Saying, as well as Louder Than Words. For additional information and a free bibliography please contact him throughwww.jnforensics.com or follow on twitter: @navarrotells or on Facebook.https://www.facebook.com/pages/Joe-Navarro/236255193080893


"When the question is asked, “When do we know when a cult leader is bad, or evil, or toxic?” this is the list that I use to survey the cult leader for dangerous traits. Of course the only way to know anything for sure is to observe and validate, but these characteristics can go a long way to help with that. And as I have said, there are other things to look for and there may be other lists, but this is the one that I found most useful from studying these groups and talking to former members of cults.
When a cult or organizational leader has a preponderance of these traits then we can anticipate that at some point those who associate with him will likely suffer physically, emotionally, psychologically, or financially. If these traits sound familiar to leaders, groups, sects, or organizations known to you then expect those who associate with them to live in despair and to suffer even if they don’t know it, yet."

Here is the list Joe references above (I have highlighted those traits we see in Mark Driscoll in BOLD, emphasis is mine):

"Here are the typical traits of the pathological cult leader (from Narcissists Among Us) you should watch for and which shout caution, get away, run, or avoid if possible:
Joe also explains the following:

"From my studies of cults and cult leaders during my time in the FBI, I learned early on that there are some things to look for that, at a minimum, say caution, this individual is dangerous, and in all likelihood will cause harm to others.
Having studied at length the life, teachings, and behaviors of Jim Jones (Jonestown Guyana), David Koresh (Branch Davidians), Stewart Traill (The Church of Bible Understanding), Charles Manson, Shoko Asahara (Aum Shinrikyo), Joseph Di Mambro (The Order of the Solar Temple aka Ordre du Temple Solaire), Marshall Heff Applewhit (Heaven’s Gate), Bhagwan Rajneesh (Rajneesh Movement), and Warren Jeffs (polygamist leader), what stands out about these individuals is that they were or are all pathologically narcissistic. They all have or had an over-abundant belief that they were special, that they and they alone had the answers to problems, and that they had to be revered. They demanded perfect loyalty from followers, they overvalued themselves and devalued those around them, they were intolerant of criticism, and above all they did not like being questioned or challenged. And yet, in spite of these less than charming traits, they had no trouble attracting those who were willing to overlook these features."