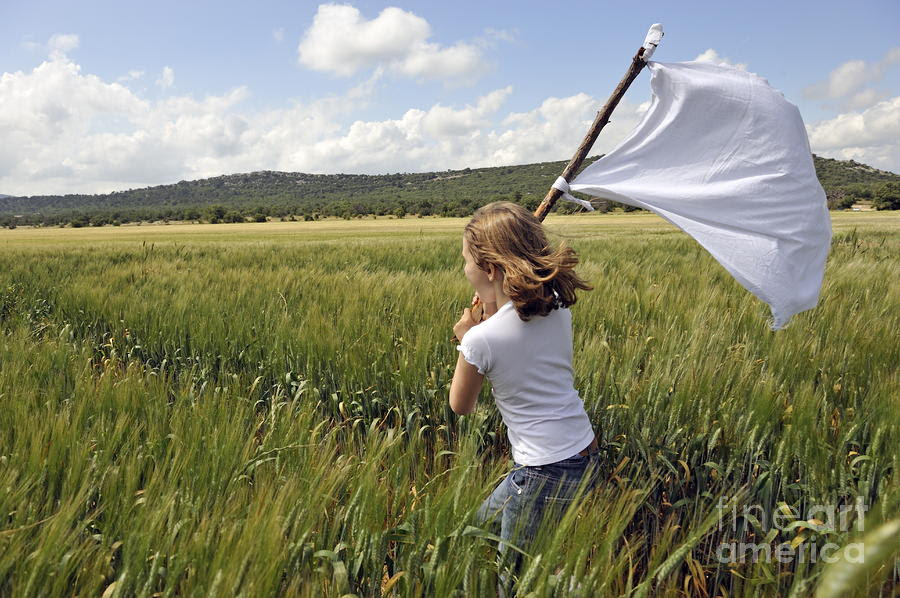 What a journey this has been. Yesterday,  Acts29 removed Mark Driscoll and Mars Hill from their network of churches (which he co-founded). The response from Mars Hill was heartbreaking, to be honest. It is the same thing they did almost three years ago with A Call to Reconciliation (but worse).

It has become clear to me that Mark will not resign, and he plans to go down with his ship. I have become thoroughly convinced that Mars Hill Church has become a cult. In light of that, it is time for me to move on. I have given Mark Driscoll and Mars Hill enough of my time, talent and treasures.

I AM truly encouraged by the number of people who have found the courage to use their voices and speak out against Mark and the abuses at Mars Hill. In the beginning, the voices were few, and I felt compelled to keep being a voice crying in the wilderness. Today there are a symphony of voices calling for change, accountability, and resignation. I fully trust that those who have picked up the torch will fight the good fight and finish the race.

I am ready to turn the page and begin a new job, and focus on things that I have power over. I am leaving the blog up as a historical record and resource for those who will come out in the future. I am extremely grateful for the friendships I have made through all of this. 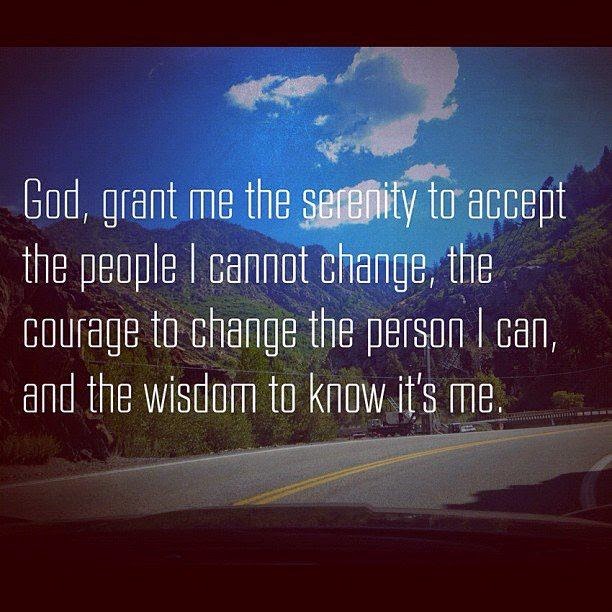 If You Wish to Stay Current on Mark Driscoll & Mars Hill:

Mars Hill Refuge Facebook Group
This group will be given to an admin who will keep the integrity of the group and the spirit in which it was created.

If A Friend or Loved One is in a Cult/Abusive Church:


Elizabeth Esther provides some very helpful information when trying to talk with someone who is currently in an abusive church or cult. She also provides guidance on how you can help them when they are ready to leave.

How to Help Someone Inside a Cult or Abusive Church (Hint: Inverventions Don't Work)

If You Are Thinking of Leaving or Have Already Left:


How to Leave and Recover

Subtle Power of Spiritual Abuse, The: Recognizing and Escaping Spiritual Manipulation and False Spiritual Authority Within the Church by David Johnson & Jeff VanVonderen

Recovering from Churches that Abuse by Ronald M. Enroth

Twisted Scriptures: A Path to Freedom From Abusive Churches by Mary Alice Chrnalogar

The Drift into Deception: The Eight Characteristics of Abusive Christianity by Agnes C. Lawless, John W. Lawless
Growing Up Fundamentalist: Journeys in Legalism and Grace by Stefan Ultsein

Tired of Trying to Measure Up by Jeff VanVonderen

The Heresy of Mind Control: Recognizing Con Artists in Leadership by Stephen Martin

This Sunday, August 3, a group of former members and leaders will lead a peaceful protest at the Bellevue Campus. Here is a Facebook link to the event information:

We Are Not Anonymous Protest

From the Friendly Atheist:
http://www.patheos.com/blogs/friendlyatheist/2014/07/29/mark-driscoll-admitted-to-trolling-his-own-churchs-online-forums-14-years-ago-the-thread-is-still-online-whoops/

Wenatchee the Hatchet secured this from a former member. AJ Hamilton (pastor at Mars Hill Huntington Beach) and others tried to get rid of all copies and personally called people and asked them to dispose of it.

Page in book with confession

Posted by Mars Hill Refuge at 12:04 PM No comments:

SUMMARY OF THE MASSIVE MELTDOWN

A few days ago, Stacey Solie published a very thorough summary of what has been happening lately at Mars Hill.

Stacey Solie is a Seattle-based reporter, writer and editor and an adjunct at the University of Washington where she leads narrative non-fiction workshops for scientists. She has contributed to The New York Times, The Daily Beast, The Seattle Times and was the founding editor of The Science Chronicles, an environmental conservation monthly. Follow her @staceysolie

If you haven't been following, read the entire article here: Inside Mars Hill's Massive Meltdown

"As insiders begin to open up, financial scandals are also rising to the surface. Former pastors say the church is being run more like a cutthroat business, where people who give up their secular jobs to serve the church are then abruptly fired on a whim. The threat of witholding severance pay is used to secure their silence in the form of non-disclosure agreements and non-compete clauses. But several former pastors have now refused to comply.

Recently, a former member started a petition at change.org requesting financial transparency. It asks Driscoll to reveal his salary, which is estimated by a few insiders I spoke to to be somewhere in the ballpark of $900,000, and it raises questions about how much of the $2 million donated to the church's Global Fund in the 2012-2013 fiscal year actually made it to Ethiopia and India."

"Currently, attendance is down by 1000 people at the church's Bellevue meetinghouse, a former member told me. Almost the entire staff has turned over, with an estimated 40 pastors and hundreds of staff who quit, fired or were laid off in the last two years."

"Even the subtitle of Real Marriage — "The Truth About Sex, Friendship & Love" — implies that reality has, until now, been in short supply.

In the book, co-written by Grace Driscoll, she is frank and forthcoming about the abusive relationship she was in prior to meeting Mark in high school. This previous boyfriend was possessive, controlled her schedule, stalked her, and sexually assaulted her.

This abuse contributed to her emotional numbness and dissassociation during sex, she said, and she kept the story hidden for most of her life, out of a sense of shame. She seems to be in the middle of her healing process, and does not seem to have a clear idea that being sexually assaulted was not her fault.

While Mrs. Driscoll is bravely bringing to light extremely personal struggles in her life, Mr. Driscoll seems more interested in focusing on other people.

About his childhood, he mentions a series of disturbing influences."
Posted by Mars Hill Refuge at 9:46 PM No comments:

Cross posted at http://welovemarshill.com
“You own everything that happened to you. Tell your stories. If people wanted you to write warmly about them, they should have behaved better.”― Anne Lamott
This is not the first time I have told the story of my experience at Mars Hill, but it has been 2 ½ years since I have, and so much has transpired since then. I have been reticent to post my story on We Love Mars Hill. If I am honest, I don’t love Mars Hill Church. I don’t love Mark Driscoll. I don’t even know the guy. However, I do have empathy and compassion for those who have been harmed, whether they have left or not. I do know what it is like to go through it, and I know what it is like to lose community. I also know what it is like to lose faith.

The decision to walk away from institutional church is a difficult one to make. I don’t think it is the right answer for everyone, I think it is personal. Many people have had bad experiences and have been able to find refuge in another church. And when children are involved, it is even more complicated. But for me personally, it is no longer life giving. I went through a really hard time. I was very depressed and sought out counseling. I found that I was experiencing a form of PTSD from the move, the Mars Hill experience, the unofficial shunning, loss of friendships back home, and a deconstruction of my faith. I stopped blogging and following what was happening at Mars Hill in an effort to move on and to heal.

Throughout this time, I had intermittent communication with Pastor Kyle’s wife. I learned that Kyle had been let go and that they had to move from OC quickly. Then communication stopped again. This was confusing for me. My husband and I concluded that the church had required him to sign a non-disclosure agreement (NDA) and that she was not allowed to speak to me (especially because of my blog). We understood.

When Kyle and others began to speak publicly, I started paying attention again. These were former pastors, and were men, and I had hopes that they would be able to do what I could not because they held more power. Kyle has since personally apologized to me and my husband. While we didn’t entirely blame him, we felt he was complicit for backing the leader. I cannot tell you how healing receiving an apology from him has been. I have been able to rekindle my friendship with his wife (whom I always loved) and I am very grateful for that. I am doing well now. I like who I have become. I am pursuing goals, going back to school, and rebuilding a life I enjoy. My hope is that those who have been harmed by their experience at Mars Hill can arrive at this place.

"A group of 16 former Mars Hill members delivered a letter to the church earlier today, asking Mars Hill to delay or rescind the implementation of this policy. In the letter, obtained by WORLD, the group’s attorney, Brian Fahling, asked the church to “preserve electronically stored information that may contain evidence.” Fahling wrote that his clients anticipate legal action in which the church, Driscoll, and others in church leadership “will be named as defendants.” The letter lists anticipated litigation in the areas of “RICO [Racketeer Influenced and Corrupt Organizations Act], Fraud, Conspiracy, Libel, Slander, Intentional Infliction of Emotional Distress.”
(emphasis added)

How Mark Driscoll Pockets the Money He Gives to Mars Hill

On Driscoll, It's Called Inurement and It's Probably Illegal
Posted by Mars Hill Refuge at 5:04 PM 9 comments: